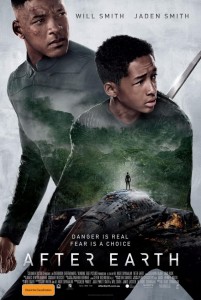 Cast – Learn who is in the movie in each of the major roles. We’re updating it as we learn of more members for the cast.

Behind the Scenes – Learn about the movie from the creative team and the cast that put it together!

Jaden Smith is set to star opposite his father, Will Smith, for director M. Night Shyamalan in an untitled sci-fi adventure, it was announced today by Doug Belgrad, president of Columbia Pictures. Shyamalan and Will Smith will produce with James Lassiter, Jada Pinkett Smith and Ken Stovitz, Smith’s partners at Overbrook Entertainment. The screenplay is by M. Night Shyamalan and Gary Whitta.

Set 1,000 years into the future,a young boy navigates an abandoned and sometimes scary Earth to save himself and his estranged father after their ship crashes.

Commenting on the announcement, Belgrad said, “Night is an outstanding filmmaker who has a tremendous vision for this science-fiction adventure story and we couldn’t be more excited to be working again with Jaden after our experiences on The Pursuit ofHappyness and The Karate Kid. We’re thrilled to have the two of them together on this project.”

Shyamalan added, “The chance to make a scary, science-fiction film starring Jaden and Will is my dream project.”