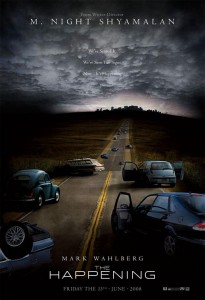 We finally got the news we’ve been waiting for, M. Night Shyamalan landed a deal for his next film  at 20th Century Fox! The Studio gave the movie, titled “The Happening,” the green light after Night took the spec script home for a month to do some re-writes. Shyamalan will write and direct the film in Philadelphia this August. Fox has also announced that the film will have a June 2008 release date.

The deal at Fox was lead by Fox Filmed Entertainment chairman & CEO Tom Rothman, but it also reunites Shyamalan with producer Sam Mercer, and “Munich” producer Barry Mendel, who worked with Shyamalan on “The Sixth Sense” and “Unbreakable.”

“The Happening” will be Shyamalan’s first R-rated picture, and as you might have already read, it’s a paranoid thriller about a family on the run from a natural crisis that presents a large-scale threat to humanity. Fox gave the project a budget of around $57 million, and Shyamalan has said on The View, and to Daily Variety tha the expects to cast a ‘big’ male star for the lead.

Shyamalan will prep and shoot “The Happening” as he continues to write the script for “Avatar: The Last Airbender,” which will start production over at Paramount afterwards.

After hearing concerns with his spec script (aka “The Green Effect”), Shyamalan returned home to perfect the story. Upon returning to Hollywood with a re-write, several studios offered to green light the film, Shyamalan said. In the end, he decided to make the film at Fox partly because of Rothman’s enthusiasm, as well as the studio’s past experience in marketing similar apocalyptic fare like “Independence Day” and “The Day After Tomorrow .”

“Because I’d been so lucky in making successful movies in the past, I was in monogamous relationships with a few studios and the isolation meant I’d never really met anybody,” claims Shyamalan. “Instead of me just being a name, I was a guy in a room. The thing that’s different about me is, when I go out with a script, I am looking for a green light, not some deal where they will develop for two years and then maybe make it.” One palpable change in the film, Shyamalan said, was the decision to dial up the scare factor, thus inviting the R rating.

“Tom felt strongly about making this my first R-rated picture,” Shyamalan said. “We talked about trying to get the kind of intensity that is present in ‘Silence of the Lambs ,’ and the kind that Guillermo del Toro got in `Pan’s Labyrinth .’ The impact of the beautiful things in that movie wouldn’t have landed as strongly if the film had not been R rated.”

“That is a misconception, and people who work with me know that I’m collaborative,” Shyamalan said. “If you can give me a good idea that can help me to make a better movie, then there is no ego issue in taking that advice. Ultimately, this was a very positive process, and one that will ultimately help in making this movie the best it can be.”

“The Happening” starts production August 2007, with a planned release date of June 2008. See you at the movies!