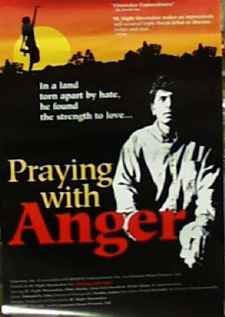 “In a land torn apart by hate, he found the strength to love…”

A US-born student returns to his Indian roots after being shipped off to college for a year in his parents’ homeland.

We don’t really have much to go on, as we have not been able to locate a copy of the film on VHS or DVD.