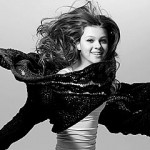 You may not know her name, but 15-year-old actress Nicola Peltz – who stars in the upcoming M. Night Shyamalan fantasy The Last Airbender in the role of Katara – could be changing that very soon. Here’s why, according to People.com:

• M. Night gives her a rave review.
“I told the studio I didn’t want to make this movie without her,” Shyamalan tells PEOPLE. “I said that only once before in my career, and that was when I met Haley [Joel Osment] in the Sixth Sense auditions.” They’re buds off-camera, too: He came to Peltz’s 15th birthday party with his daughters.

• She’s down with the guys from Twilight.
Peltz and Jackson Rathbone (who plays Jasper in the Twilight movies) star in The Last Airbender as brother and sister, a relationship that came easily to them. “The funny thing was, at the audition, he completely acted like my older brother,” says the actress. Plus, a source tells PEOPLE that Peltz has been cast in the next Robert Pattinson film. But don’t expect her to start dating Taylor Lautner tomorrow. This young actress comes with built-in security – six brothers!

• She’s one cool chick.
As a lover of scary movies, Peltz counts The Sixth Sense among her favorites (“and not just because Night is the director,” she says with a laugh), along with some others. “I saw Paranormal Activity on Halloween with all my friends,” she says. “It scared me, but it was so much fun.”

From Starpulse.com: Director M. Night Shyamalan has joined the celebrities supporting disgraced Mel Gibson as he recovers from stinging attacks following his much-publicized anti-Semitic rant. Gibson upset the Jewish community after comments he made during […]