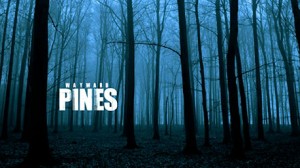 Those who are not aware, writer/director/producer Shyamalan will debut his first TV project for FOX in 2014; he will be executive producing and directing the project. Based on the book of the same name, ‘Wayward Pines’ will be starring Matt Dillon and Academy Award winning actress Melissa Leo (The Fighter).

Folks at Production Weekly report that the production offices for Wayward Pines are now open in Burnaby, British Columbia, where Shyamalan will be shooting. According to the previous reports, Shyamalan was in search of places in his hometown Philadelphia, where he wanted to shoot the series surrounded by Pine trees. But unfortunately they didn’t find a suitable location. Filming in Burnaby is scheduled to start on August 19th.

Wayward Pines tells the story of a secret agent, who goes to Wayward Pines, Idaho in search of two federal agents who have gone missing in the bucolic town. He soon learns that he may never get out Wayward Pines alive.

Show is scheduled to air sometime in 2014. Stay tuned for more information on schedules and rest of the project.

Night’s waiting for word on Airbender 2.  He’s waiting very anxiously to know when he can start scheduling his next thriller.  If you’re a fan of Shyamalan like many of us on this website, you’re […]

Here we have a report from Philly.com on M. Night Shyamalan’s next film.  It’s getting very exciting!