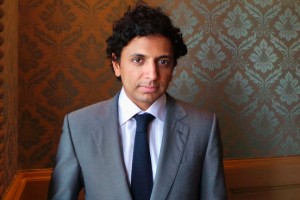 Disney didn’t see the vision in the end and that broke the heart of M. Night Shyamalan. For Disney, Shyamalan made The Sixth Sense, which is one of the most profitable films of all time ($672 million worldwide). And the filmmaker did not cease writing and making films; Shyamalan continued to make films for Disney. He came up with one of the most compelling and understandable superhero films of all time, which is known as Unbreakable. After making $250 million for the studio with Unbreakable, Shyamalan in 2000 presented yet another fresh film, Signs starring Academy Award winner Mel Gibson and Academy Award nominated actor Joaquin Phoenix as brothers. Signs made Disney more than $400 million worldwide. – Now, let’s stop here for a minute. Shyamalan made all his films with the budget of $60-$70 million.

So, Shyamalan’s journey with Disney didn’t stop after Signs. The filmmaker wrote and directed in 2004, The Village, for $60 million. And the film went on to gross $250 million for Disney, which was the third most profitable film of the entire year behind Spider Man 2 and Shrek 2. To calculate the theatrical ticket sales and DVD sales, Shyamalan has respectively made Disney almost $3 billion. But Disney in the end didn’t see the vision that Shyamalan had. Now we are talking about Shyamalan’s riskiest film, Lady in the Water. According to the filmmaker, Disney was worried when he tried to explain to them where he as a filmmaker was going with a story like Lady in the Water. Disney, even though, behind the table they were concerned still gave Shyamalan the green light to make the film. I believe, again for $60 million. But Shyamalan, as an audacious artist didn’t make the film for Disney, for the studio failed to see his vision. Shyamalan said, if I make this film, it will probably make money, but to you, Disney, it will be a bad film. Shyamalan wanted to be on the same page with Disney.  He is a collaborator.

The filmmaker contacted Warner Bros., who offered Shyamalan about $70 million to make Lady in the Water. In 2006, Lady in the Water, was released, but was not successful as his other films at the box office; the film earned $72 million worldwide. I don’t really look at the numbers of the box office to be honest as I pay attention to the film. Lady in the Water, in my opinion is a daring film, a film that is full of heart. Its conclusion is one of the most satisfying one. – Now looking back, you have to ask yourself, isn’t Shyamalan a successful filmmaker? – The point of this piece is to bring the spotlight on Shyamalan’s critics and the group of people who are known as the haters. Hollywood, for some reason, wants to see the filmmaker fail. If memory serves me correct, Alfred Hitchcock and even Steven Spielberg were going through this atrocious circumstance. Is Shyamalan the most hated, for he is successful? – In a way, in this world, it is nature of it, because the richest are the most hated. In Shyamalan’s case, yes, he is rich, but we also unfortunately see that successful individuals are hated as well.

I’m not penning this piece just because I’m a Shyamalan fan. I just want to put a spotlight on the raw vision of the most of the critics and the group of haters. This might surprise many, but I am going to say it anyway – I consider most of these critics and the visionless group of haters as the Scrunts. Now Scrunts, if you don’t know about them, are wolf like creatures that hide in the grass in Lady in the Water. In the film, when Story played by Bryce Dallas Howard walks out to make a point these Scrunts rise from the grass and violently attack Story (Lady). Shyamalan’s critics and the group of haters, to me who are known as the Scrunts now, fail to have civil dialogue when it comes to Shyamalan’s films. When they review a film of the filmmaker, on the surface, it seems like they’re reviewing the film, yet in its inaccurate subtext, these critics on purpose review the filmmaker instead. 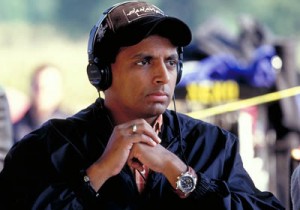 As a filmmaker Shyamalan likes to take risks. And, I want him to continue taking risks, as it makes you in the end nothing else, but one of a kind. Today, we, as filmgoers, witness many nonsensical CGI heavy flicks. This paradigm, unfortunately, has injected the minds of people with a notion that is one sided. Most of the contemporary youth sees cinema through some of these CGI heavy films. In other words, originality is fading. Sequels, prequels and remakes have changed the way most individuals see the cinema. I think Shyamalan’s critics should be doing the right thing. They should be encouraging a filmmaker like him to continue with the originality. He appreciates stories and most importantly he respects cinema. His critics review him instead of reviewing the film itself, and to be honest, even though, they review his film, they wrongly put a spotlight on his film’s plot. My question for his critics is:  Do you have any respect for cinema? – If so, then I wonder why his critics’ articles are so puerile in nature. Is it the lack of understanding films or is it that Shyamalan’s critics lack manners?

To me Shyamalan is like Hitchcock. I love to see my favorite filmmaker’s name on the poster. This doesn’t mean I have no respect for the main star of the film. But I am going to see a film, for I have trust in Shyamalan. If Hitchcock was alive, I would go see his film, because on the poster it says, a film by Alfred Hitchcock. I attend a screening of a Shyamalan film, for I see that it is a Shyamalan-directed film. I think what the producers and distributors from now on should do is to put Shyamalan’s name on the posters and in the trailers of his films again. I went to his recent film, After Earth, because it is a M. Night Shyamalan film. I have respect for Will Smith as I admire his contribution to the film industry, but what really encouraged me to stand at the box office window was Shyamalan’s name. The Scrunts, they will continue to attack. And unfortunately they will continue with their senseless articles to bash the filmmaker; in their atrocious in nature phrases they will attract few other nonsensical comments by rest of the haters. Studios, I believe, should ignore such abomination and again pay respect to the filmmaker who is by the way providing them an original story; as a director, he is making studios more bucks at the box office. 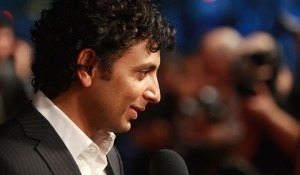 Is cinema going to live forever? – Perhaps, I should be directly asking Steven Spielberg and George Lucas. Lucas, whom I admire, broke my heart, after earning billions, stated few months ago that Video On Demand (VOD) is the future. Tickets, in future, will cost a filmgoer $150. Shyamalan was inspired by artists like Spielberg and Lucas. I find it hard to believe that Spielberg’s Lincoln hardly made it to the big screen, for if you have billions, I am sure you can bring a film like Lincoln on the big screen, which is by the way, a remarkable picture. Again, I ask Shyamalan’s critics: Did Shyamalan ever state that VOD is the future? – I haven’t, to be honest, heard from Shyamalan that the next Iron Man will cost a fan $150. Lucas and Spielberg’s work has inspired many and they have respectively contributed to the film industry, but I don’t want them to stop. I don’t want them to stand in a conference to say that VOD is the future. I think they should be encouraging more artists; they are innovators and I believe they should find a solution.

Like Lucas and Spielberg, Shyamalan loves to make films. He has inspired not only me, but many others, as writers, directors. To find myself more inspired and happy I expect more films from him; films on the big screen, but not on VOD. He loves cinema and therefore he is still making films. The Scrunts will never be able to stop me as I admire good stories. Again on the big screen, not on VOD. And I am expecting to see more films; films by writer/director/producer M. Night Shyamalan.

Amazon.com Exclusive Lady in the Water ‘Behind the Scenes’ Video

Amazon.com has posted an exclusive ‘Behind the Scenes’ look at the film “Lady in the Water”. I have watched this clip, and it’s pretty safe to watch. Shyamalan explains the basics of the story, we […]

Fox Prepares ‘The Happening’ For Blu-ray

The Happening, M. Night Shyamalan’s latest opus, has been scheduled for release this October. Fox has set an October 7 Blu-ray release date for the Mark Wahlberg-starrer (day-and-date with the standard DVD). Tech specs are […]

M. Night Shyamalan to make a cameo in HBO’s Entourage

Wags from the forums tipped us off to a news story from TVFodder.com about M. Night Shyamalan making an appearance in this season of HBO’s hit series Entourage. The show, which is loosely based off […]