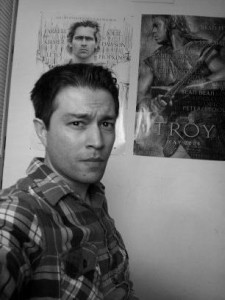 Graduating from High School in Atlanta, Georgia in 2003, Rohan fell in love with the environment of the cinema hall and moving images on the big screen, watching Bollywood, American and Iranian films.

As an aficionado of film noir, mysteries, drama and thrillers, he enjoys the films of Alfred Hitchcock, M.Night Shyamalan, Steven Spielberg, David Fincher, Martin Scorsese and Christopher Nolan. Engrossed by the originality of his favourite filmmakers it opened a door for him to take on writing scripts as well.

The reverence of directors, actors, stories, art and cinema allows him to experience films with an open mind and leads him to believe strongly in the correspondence of films with the occurrences of the real world.

Rohan writes about the work of directors on his site Masters of Cinema, and you can follow him on Twitter @nightwriter22.