Sony today unveiled the international poster for Shyamalan’s sci-fi film, After Earth, which is slightly better than the domestic poster that they revealed about a week ago.

A crash landing leaves teenager Kitai Raige (Jaden Smith) and his legendary father Cypher (Will Smith) stranded on Earth, 1,000 years after cataclysmic events forced humanity’s escape. With Cypher critically injured, Kitai must embark on a perilous journey to signal for help, facing uncharted terrain, evolved animal species that now rule the planet, and an unstoppable alien creature that escaped during the crash. Father and son must learn to work together and trust one another if they want any chance of returning home.

Let us know what you think about this one. Hit the jump to view the poster. 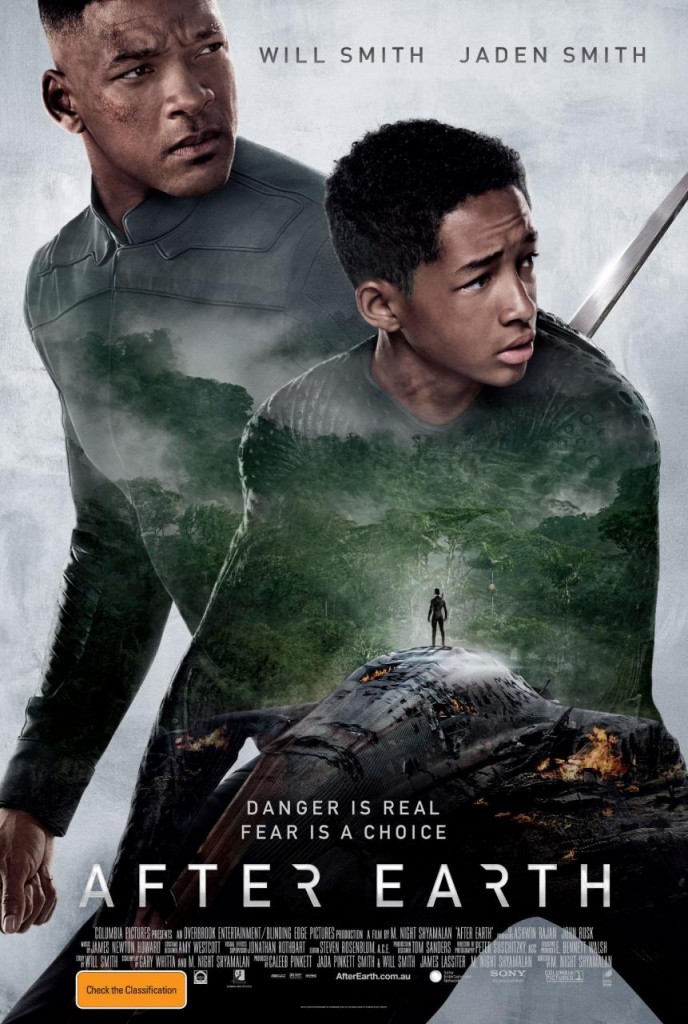 C’mon Hollywood …don’t give up on Shyamalan yet!

February 9, 2010 Paul Martin M. Night Shyamalan Comments Off on C’mon Hollywood …don’t give up on Shyamalan yet!

From JoBlo.com: Drinking with co-workers the other night, the topic of movies came up (as it always does) and my buddy Adam started listing what he felt were the best movie twists of all time. […]

The Last Airbender – Behind the Scenes Featurettes

Go behind the scenes of The Last Airbender with these two new featurettes.  They speak to the epic scope of the films as well as the creativity of the director.

Element of Shyamalan in ‘Airbender’

M. Night Shyamalan will battle the elements when he tackles “Avatar: The Last Airbender,” a live-action big-screen adaptation of the popular Nickelodeon animated series, for Paramount Pictures’ MTV Films and Nick Movies. Shyamalan will write, […]