I think it’s about time to get a official concept art of After Earth; few days ago we reported a small promotional image of the film, which is going to be fully revealed to those who are attending the Licensing Expo 2012 this weekend in Las Vegas. But, we don’t have to be really on the floor in Las Vegas though to see the displays.  Folks from comingsoon.net were able to take pictures this week on the floor at Licensing Expo, and After Earth Promo image was among the displays from the anticipated projects. I must say that it looks pretty stunning to me. We would love to read your opinions by leaving comments below.

Hit the jump to view the image in Hi-Res. 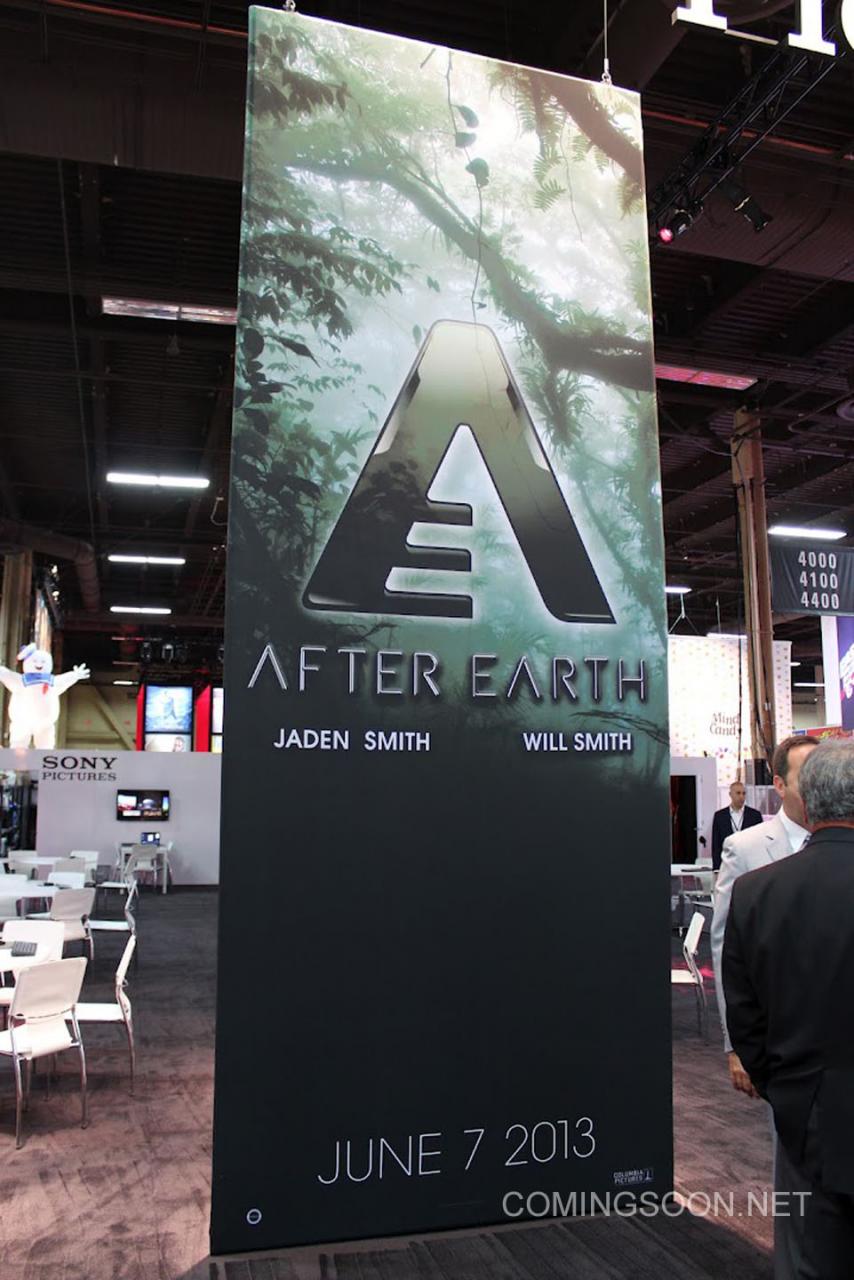 April 30, 2013 Rohan After Earth Comments Off on ‘After Earth’ soundtrack album set for release June 4th

The lineup for Saturday (July 14th) at this year’s San Diego Comic-Con has been announced, and on the list of films and panels is After Earth. Being held in Room 6A at 10:00am, the in-depth […]

Some photos from the sets of Shyamalan’s After Earth

Here come some fresh images from the sets of Shyamalan’s sci-fi movie After Earth starring Will Smith and his son Jaden Smith. The production is currently underway in Costa Rica. Via Twitter Mr. Shyamalan yesterday […]