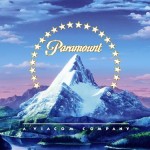 Paramount Pictures, Nickelodeon Movies and Crunchyroll, Inc., announced today the release of ‘Become the Avatar,’ a freeplay interactive social media game and experience based on M. Night Shyamalan’s July 2, 2010 3D release The Last Airbender. ‘Become the Avatar’ is available now by accessing the “Games” section of the official The Last Airbender movie website, http://www.thelastairbendermovie.com/ or directly on Facebook at http://apps.facebook.com/becometheavatar

Featuring visuals from the film, ‘Become the Avatar’ allows fans of the movie to play as any one of the Four Nations in a casual, ‘level-up’ adventure to become a bender of their favorite element. Utilizing Crunchyroll’s in-house development studio headed by Crunchyroll co-founder James Lin, Crunchyroll and Paramount Pictures have worked closely together with the filmmakers to create a social media experience aligned with M. Night Shyamalan’s vision of the world of The Last Airbender. ‘Become the Avatar’ is not rated by the ESRB.

Crunchyroll Vice President of Licensing Rob Pereyda said: “We love working with big brands, and being a part of the launch of one of the most action-packed and anticipated movies in a long time is an exciting step for us. By leveraging our internal resources and expertise in brand adaptation, product development, and game design, we have created what I hope is also one of this year’s most talked about social media games. Hopefully, the only thing that pulls ‘Become the Avatar’ players away from the game is the release of the film itself on July 2, 2010!”

About The Last Airbender Film

Air, Water, Earth, Fire. Four nations tied by destiny when the Fire Nation launches a brutal war against the others. A century has passed with no hope in sight to change the path of this destruction. Caught between combat and courage, Aang (Noah Ringer) discovers he is the lone Avatar with the power to manipulate all four elements. Aang teams with Katara (Nicola Peltz), a Waterbender, and her brother, Sokka (Jackson Rathbone), to restore balance to their war-torn world.

Based on the hugely successful Nickelodeon animated TV series, the live-action feature film “The Last Airbender” which is written and directed by M. Night Shyamalan is the opening chapter in Aang’s struggle to survive.

Nick Movies has firmly established itself as a leading kid and family theatrical brand, producing a variety of live-action and animation features including The SpongeBob SquarePants Movie, The Spiderwick Chronicles, Barnyard and the upcoming The Last Airbender. The feature film development and production division of Nickelodeon, Nick Movies, produces kid and family movies in association with its sister Viacom company, Paramount Pictures. Nickelodeon, Nickelodeon Movies and all related titles, characters and logos are trademarks of Viacom International Inc.

Crunchyroll is a leading global video network and developer of social media applications for Japanese anime and Asian media. Through applications like Crunchyroll for iPad and Naruto Shippuden Official, set top boxes, affiliate websites and its own site, Crunchyroll delivers officially-licensed content from leading Asian media producers directly to consumers.

Crunchyroll has offices in San Francisco, Calif. and Tokyo, Japan, and is a member of the Association of Japanese Animations (AJA) and Licensing International Merchandisers’ Association (LIMA). Founded in 2006, Crunchyroll is funded by leading venture capital firm, Venrock, Japanese entertainment giant TV TOKYO and a group of angel investors representing some of the brightest and most successful entrepreneurs in Silicon Valley.

The statements made in this press release that are not historical facts are “forward-looking statements.” These forward-looking statements are based on current expectations and assumptions that are subject to risks and uncertainties. The Company cautions readers of this press release that a number of important factors could cause actual future results to differ materially from those expressed in any such forward-looking statements. Such factors include, without limitation, product delays, industry competition, rapid changes in technology and industry standards, protection of proprietary rights, maintenance of relationships with key personnel, vendors and third-party developers, international economic and political conditions. The companies may change their intentions, beliefs or expectations, at any time and without notice, based upon any changes in such factors, in the companies’ assumptions or otherwise. The companies undertake no obligation to release publicly any revisions to any forward-looking statements to reflect events or circumstances after the date hereof or to reflect the occurrence of unanticipated events.

We finally got the news we’ve been waiting for, M. Night Shyamalan landed a deal for his next film  at 20th Century Fox! The Studio gave the movie, titled “The Happening,” the green light after […]

Kennedy and Marshall re-team with Shyamalan for The Last Airbender

Kathleen Kennedy and Frank Marshall, who worked with Shyamalan on his blockbusters The Sixth Sense and Signs, will join M. Night Shyamalan, Sam Mercer and Scott Aversano as producers for The Last Airbender. Kennedy and […]