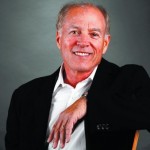 Producer Frank Marshall has worked on a few of Night’s films over the years, and has many great movies on his resume.  He’s a great producer with a lot of insight into films that no many can see. Thirty years, 50-plus movies, and almost $5billion at the box office later, the man known as one of Hollywood’s “super producers” is here with the tale. Before we get to spaghetti, Indiana Jones, Bourne, or Marshall’s new project, a screen version of Michael Morpurgo’s War Horse, there’s The Last Airbender, out next week.

With an estimated production budget of $150 million, a lot is riding on M Night Shyamalan’s fantasy adventure, adapted from the TV series, about a young hero striving to unite a magical world. Starring Dev Patel in his first major role since Slumdog Millionaire, it is also Shyamalan’s latest attempt to regain the career high of The Sixth Sense after the lows of Lady in the Water and The Happening.

Marshall worked with Shyamalan on The Sixth Sense and Signs. “They like to put you up on pedestals so they can knock you down quickly,” he says of the critical reaction to Shyamalan’s recent movies. “I’ve seen that a lot, particularly when you don’t do the kind of projects they think you should do. This is not in his usual genre of horror and twists and scary movies. This is a family film that has a lot of heart and warmth.”

M. Night Shyamalan was born in Mah, Pondicherry, India on the 6th day of August in 1970. He was later raised in the Penn Valley area of Philadelphia, Pennsylvania. Coming from a long line of doctors, […]

Empire Online chatted with Shyamalan recently about the upcoming live action Avatar movie. Read the full interview about Avatar: The Last Airbender by clicking [here] and for more from Shyamalan, including extensive discussion of his […]

Shyamalan unaware of “bender” slang use