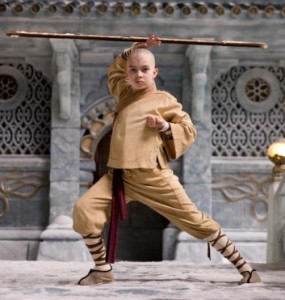 Paramount has been spending all morning revising newcomer The Last Airbender’s grosses upwards because of its better-than-expectedperformances at the domestic box office. M Night Shyamalan’s 3D epic opened to $16M Thursday from 3,169 theaters, including the $3 million from its midnight shows, and now added another $16.7M Friday. Helped by higher 3D ticket prices, the pic based on the Nickelodeon animated TV series should be on its way to $57M for the 4-day holiday and a cume of $74M by end of Monday and definitely 2nd place.

Paramount stated that the $3 million mark from its midnight show is the highest midnight gross this summer for a non-sequel. Unfortunately, the studio is stuck with a high price tag of $145M, including the 3D conversion costs of this actioner and what rival studios are saying is at least a $50+M marketing campaign. But the movie has been tracking pretty well with males of all ages and kids and now looks to break M.Night’s recent drought at the box-office.

M. Night Shyamalan is not letting the rather mixed reviews for “The Last Airbender” darken his easygoing spirit or dampen his creative verve. Late last month, as “Airbender” continued to rake in dough overseas, Shyamalan […]

The first teaser poster for After Earth, and yes, the official one has debuted, which defines to us the dark tone and ominous environment of the story; featuring a futuristic spaceship that has crashed landed […]

As you all know that M.Night Shyamalan’s movies are always shrouded in secrecy and getting him to divulge anything regarding his projects is near impossible. The folks at MTV news caught up with Shyamalan on the […]