M. Night Shyamalan says he has learned to turn a blind eye to his detractors, particularly the ones across the pond. 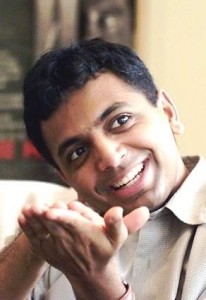 “I don’t know what’s going on with me and the critics in the United States. They’ve never got me and it’s getting worse!” said the filmmaker.

Despite high praise for 1999’s The Sixth Sense, which was nominated for six Academy Awards, follow-ups including The Village and Lady In The Water went down like lead balloons.

The writer and director thinks cultural differences may play a part:

“I’ve always had a European sensibility to my movies, so the pacing is always a little bit off for (Americans). It feels a little stilted, they need more electricity.

“I’m very used to getting on a plane from the US having been savaged by them and going to – in this case – Japan next, and then they’re like ‘genius!’, he added.

Poor reviews or not, Shyamalan has already penned the sequel to The Last Airbender and a strong peformance at the US box office means it is likely to be made.

A Review of M.Night Shyamalan’s ‘After Earth’

Whenever Shyamalan has a new film playing in the theaters the critics and the majority of their followers get ready to hammer the film-maker and his work. And what’s even more repulsive is that they […]

Lady in the Water News, Pics and more!!

Hello everyone! I have some pretty interesting tid bits I thought I would share with you all… First of all, Ellen DeGeneres will premiere the new ‘Lady in the Water’ trailer on her Tuesday May 9th Show!!