Who is Shobba De? – In the 1980s, Shobba contributed to the Sunday magazine section of the Times of India, she used to explore the socialite life 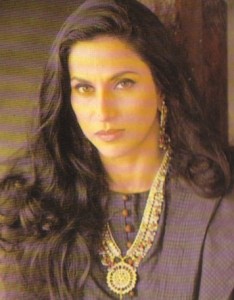 in Mumbai lifestyles of the celebrities. At present, she is a freelance writer and columnist for several newspapers, magazines and just recently she tweeted to Dev Patel and advising the “Slumdog” star on how and why some big Bollywood stars decided to stay in Bollywood and rejecting offers from Hollywood because Dev Patel calls Hollywood racist.

I don’t know much about Dev Patel, but based on his remarks about Hollywood being racist and him getting offers to play steriotypical roles  is the voice of an amateur actor. He doesn’t know that his acting abilities isn’t much to talk about yet and in my opinion the actor should be careful before murdering his career. Hindustan Times published the article recently which puts the spotlight on Dev Patel’s remarks and what they think of Hollywood.

The 20-year-old actor from London, frustrated by the lack of decent roles on offer, called Hollywood “institutionally racist”, according to The Telegraph.

“Because Slumdog was such a big hit, there was a lot of pressure in terms of what I did next,” said the actor, whose latest film The Last Airbender was also caught in a racist row. “And all I was getting offered were stereotypical parts.”

“Asian actors tend not to be sent challenging Hollywood scripts. I’m likely to be offered roles of a terrorist, cab driver and smart geek… I want to show that I have versatility,” he added. Patel said he was still hoping to overcome prejudice. “I’m buzzing with adrenaline and raring to go, but I have to be realistic. Being an Asian actor, it’s never going to be easy. Hopefully the industry is changing and the casting directors will be less focused on colour, so that people like myself can get through the door.”

Meanwhile, author Shobha De tweeted in response to Patel’s comment, saying: “Bachchoo Dev Patel calls Hollywood racist. Why do you think SRK, Big B, Salman, Aamir have stayed away? Badshahs here, cabbies there. Got it, Dev?”

Sony today unveiled the international poster for Shyamalan’s sci-fi film, After Earth, which is slightly better than the domestic poster that they revealed about a week ago. A crash landing leaves teenager Kitai Raige (Jaden […]