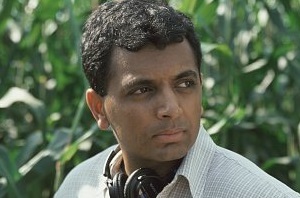 This week, Shyamalan, as announced it on his Twitter account, the micro-budget film that he’s been writing lately, enters its pre-production phase. Production offices are also open, but where, we don’t know that yet. If you’re wondering what Shyamalan has written, and what genre he is going to be tackling, wait for that, as nothing is announced yet.

The dedications of the mentioned artists that Shyamalan has hired are quite impressive to the film industry. He has gathered all of director Darren Aronosky’s crew. So, it’s possible that he has planned on questioning our faiths again. Or, look at the question this way: Could Night be planning a psychological thriller again or something related to the ideas of how an intellectual professor turning into a zombie? Stay tuned for updates.

The movie was kind of fun despite and because of its wacky little universe of intentionally one-dimensional characters. I guess if I had eaten some popcorn [which makes me ill] I may have just hated […]

A friend, Paul Gagne who writes for Joblo.com has written an interesting article under their ongoing column called ‘Unpopular Opinion’ which features different takes on films that either writer hated, but that the majority of […]