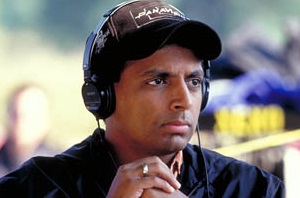 In case if you guys are not yet aware, Shyamalan’s been working on a script, which he calls it a micro-budget film. Plot is yet to be divulged by Shyamalan, though. Just recently he tweeted in regards to his script that he is starting to crew up. Location scout starts scouting in a few weeks.

Shyamalan’s Night Chronicles’ second installment titled ‘Reincarnate’ is also getting ready to roll in 2014. Now, is Shyamalan referring to ‘Reincarnate’ or something totally different? – I hope it’s the latter. Night Chronicle’s second film, a chapter 2 to 2010’s Devil, as reported, is penned by Chris Sparling (Buried) and was announced that director Daniel Stamm was attached to direct once.

No matter which, we are excited to see both films. They are coming from the mind of Shyamalan himself. Let us know what you guys think by leaving comments below.

Folks at Deadline have been spreading the word that new actors have recently joined Fox’s Wayward Pines. Directed by Shyamalan and written/created by Chad Hodge, whose previous credits include The Playboy Club and Runaway. The […]

Bloody-Disgusting.com sat down with M. Night Shyamalan recently to discuss his upcoming R-rated effort hitting theaters next Friday… Friday the 13th. As the ads have made sure to inform you, this is the ‘first R-rated […]