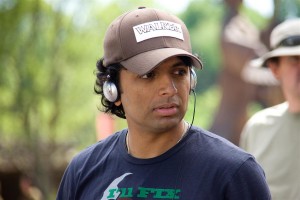 Word on the street is that M. Night Shyamalan’s going to re-team with Bruce Willis for the first time since 2000’s Unbreakable.  It’s not the long desired sequel to Unbreakable that they’ll be making, though.  Rather it’s a very early script that Shyamalan wrote prior to 1999’s The Sixth Sense.  It’s called Labor of Love.  It was one of the first scripts that he sold, which was twenty-one years ago, to Fox, in 1993.  Fox didn’t make it back then because Shyamalan wanted to direct.  At the time, as an unknown, Fox wasn’t willing to give him that chance.  Several years ago, Denzel Washington was taking a look at possibly doing the movie, but has since moved on.

The project will be financed by Emmett/Furla/Oasis, which is coming off the twice Oscar-nominated hit Lone Survivor and is prepping the Martin Scorsese-directed Silence. The plan is to start production mid-September in Philadelphia. IM Global’s Stuart Ford is making a deal to sell the picture in Berlin. Randall Emmett and George Furla are producing with Blinding Edge’s Shyamalan and Ashwin Rajan.

It’s a lot closer to Shyamalan’s first script Praying With Anger than the supernatural stuff he did later. In Labor Of Love, Willis will play a Philadelphia book store owner who loses the love of  his life in a tragic accident. Never big on words, he becomes haunted by the notion that he never properly told his wife how much he loved her. Since she once asked if he would walk across the country for her, he decides to show her posthumously just how much he did love her. That trek starts from Philadelphia to Pacifica, CA, which was her favorite place. Fox controls the script, but I’m told this is being worked out and should be all sorted by next month when it becomes a hot title in Berlin.

This is a different project from his other Micro-budget film project that revolves around a ‘scary house.’

Heavy in preproduction on the microfilm. Spent morning at main location. (Scary house) Endless details to work out.

The Happening: Limits of Rational Thoughts

When The Happening was released in 2008, some folks instantly began to pen their scathing reviews. Now, don’t get me wrong, The Happening, besides being actually one of my favorite films of Shyamalan, comes with […]

[Updated] Shyamalan almost ready to roll the camera ‘After Earth’

In just about a week or two  Shyamalan will roll the cameras to shoot After Earth. For the past few months he’s been occupied with the casting of the film, location scoutings, and recently finished rehearsal sessions with Will […]

Official site to “The Night Chronicles”

The Night Chronicles official website is up and running with a Devil trailer which was released few days ago. The website is currently under construction. You can get more information once the site is up and […]