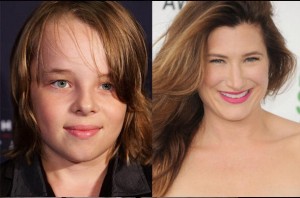 Folks at The Wrap has just learned that Shyamalan’s upcoming micro-budget film titled Sundowning stars rising child star Ed Oxenbould and actress Kathryn Hahn. According to the report, Hahn is portraying the role of a single mother, whose two children decide to visit their grandparents. But, things go terribly wrong from there. Oxenbould is playing the role of a son, who is protective of her sister.

Shyamalan’s been busy writing this project for the past year or so. And, about a month or two ago, he commenced filming Sundowning in his home state of Philadelphia. Details regarding the plot of the film are yet to be divulged by Shymalan and Co., though, it’s clear that the man is going back to the psychological thriller/horror realm.

Sundowning’s being produced by Shyamalan, Ashwin Rajan and Marc Beinstock, while Room 101’s Steven Schneider will executive produce it. – The term, “Sundowning” is a psychological phenomenon associated with increased confusion and restlessness in patients with some form of dementia. Symptoms also include agitation and mood swings.