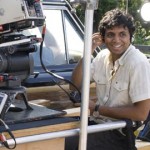 Here’s a piece of the second part of the interview with M. Night Shyamalan about The Last Airbender as well as a hint about his next project.  It appears that he won’t be doing the next part of the Airbender trilogy just yet.  Instead, it’ll likely be an original thriller.  Unless, of course, The Last Airbender is a big hit at the box office and the sequel is instantly greenlit, which could happen.  He’s already got the script for the second one as well.  At this point it’s truly up in the air, as Night could take a small break to focus on his own thriller, or the studio could say “it’s time” and they go to work on the next Airbender film immediately.  Either way, we win!

NIGHT: Yeah, it’s a love-hate thing [with previsualization], for sure. I mean, it’s a lot of effort, you know? You’re in the middle of trying to make your movie, and you gotta make this other thing, and you’re like, “No, no, no, no, it needs to come this. No, I don’t see stairs there.” You end up doing all these things that you wouldn’t necessarily do at that moment [in production]. So it’s really tedious, but — or not but — and the added thing is that I’m a complete kind of detailed control freak. I pride myself on coming in on budget. I pride myself on having complete understanding of every factor of everything, and that was another layer of that for me. You know, when I’m doing one of the thrillers, I can walk you through the movie like an animated movie. I can walk you through the whole movie. And I do that for the executives sometimes. Right before we shoot, I’ll do a table reading of the entire storyboard for the crew and everybody, maybe 50 people, and literally I’m there for about three hours, walking through, “and then the camera does this, and then our character does that.” And then when we’re finished and everybody applauds — probably out of the tedium of it being over –

NIGHT: – but they applaud and — (laughs) and you really know the movie. And I could walk you through the sketch version of Signs or Unbreakable, whatever, and you can see the movie — before we shot it. Look, I’m a hunter when it comes to being a director, and I’m 70 percent right, and that’s a pretty good percentage (laughs), and the rest I figure out.
I just have to figure it out, and I don’t have a lot of latitude because I don’t shoot a lot of coverage, or any, and you need to be creative.

JULINA: One of the things that’s so difficult about visual effects is how long it takes to actually see what what your vision is. Was that difficult for you?

NIGHT: That was the trickiest part of this movie, because remember how I was saying how I had to do the balancing act with the movie? Well, I’m just guessing, because for the first half of your postproduction, you have nothing, right? I’m just cutting with 500 or 400 greenscreen shots in there. There are no creatures; there’s no nothing; there’s no background. [So] you can’t tell whether the thing’s not working because there’s nothing there, or because it’s not working. “Should I tighten it up?” And so, what ended up happening was, we cut one version of the movie, which was the greenscreen version of the movie, [then] started putting in special effects. And it became a kind of awkward adolescent at that stage, where it was neither here nor there, and I was completely like, “Oh my god, this scene is taking forever,” or “This is so redundant,” or “This is ridiculous,” and the balancing act got really wacky at that moment. Right when it was about half and half. And then when our [CGI] shots came in, I said, “All right, everybody out, I’m gonna edit the movie.” And then we sat there, me and the editor, and we edited the movie, and it worked. It was weird because it was like editing two movies. And I guess it’s kinda part of the process, because you can’t just wait six months. You can’t do nothing for six months. (laughs) You gotta edit, you gotta get to know it, but you’re really working blind. At least, that’s what I found. I had a tough time with it, and that adolescent period is so frustrating because you’re going, “Um … God, this is really slow. I think I should probably cut out of this.” And you end up overcutting things, and then when you see the effects, you’re like, “Wow! OK, all right. Now I know what to do. This shot should go over here, this should be this long, we can cut out right here.” I basically didn’t have my shots till three weeks ago. Four weeks ago.

JULINA: All of them in.

NIGHT: All of them in, yeah. A version of all of them in. I didn’t have that till three, four weeks ago. So, the last four weeks of this process was, instead of it being one-sixth of postproduction or one-eighth — it was really, like, 30 percent of post. Because that’s when I had my movie. But the good news was that I was so fluent in the language of the movie by that time that I could see it like a chess game at that point. But that adolescent period was really difficult. Because you’re previewing then, in the adolescent period, and you’re just going “God!” I’m literally seeing shots and sequences I’ve never even seen before [along] with the audience, and I’m like, “Oh, this is just not what I wanted.”

JULINA: Oh my god, the stress of that must be –

JULINA: What are you working on next?

NIGHT: Next I’m going to do a thriller. I’m writing it. It’ll be fun to do after this.

JULINA: Can you tell me anything about it?

Read the full interview at 30 Ninjas

Despite all the negative remarks from the regular folks to most of the critics and bloggers post ‘The Last Airbender’ release, Mr. Shyamalan as a writer/auteur remains confident. Few weeks back, he packed his gear along […]

On Tuesday, January 8, 2012, FOX network, at the Television Critics Association winter TV previews announced that M.Night Shyamalan is developing a new event series, Wayward pines, for their network. The drama is inspired by […]

The Pennsylvania Society president James Nevels has announced that filmmaker M. Night Shyamalan is the 2012 recipient of the society’s Gold Medal for Distinguished Achievement. The presentation of the medal will occur at the society’s […]