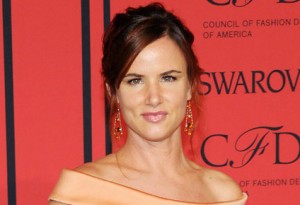 Folks at Deadline have been spreading the word that new actors have recently joined Fox’s Wayward Pines. Directed by Shyamalan and written/created by Chad Hodge, whose previous credits include The Playboy Club and Runaway. The series is produced by FX Productions and its executive-producer team includes Donald De Line, who worked on Green Lantern and The Italian Job, and After Earth’s Ashwin Rajan. Shyamalan will direct the premiere episode.

Juliette Lewis, Greta Lee, Lindsey Kraft, Tim Griffin and Charlie Tahan have landed roles on the Fox event series. Based on a best-selling novel, Wayward Pines is an intense thriller about Secret Service agent Ethan Burke (Dillon), who arrives in the bucolic town of Wayward Pines, ID, on a mission to find two missing federal agents. But instead of answers, Ethan’s investigation only turns up more questions. Griffin, repped by Pakula/King & Assoc. and Untitled, will play Adam Hassler, The Special Agent in charge of The Secret Service and Ethan’s boss.

Director M. Night Shyamalan brings to life the extraordinary journey of an unlikely hero called upon to save his world in The Last Airbender on DVD November 16th from Paramount Home Entertainment and M&C’s giving […]

M. Night Shyamalan says he knows exactly when his relationship with Hollywood started to sour. In 2000, he was on a conference call with executives from Walt Disney Studios discussing “Unbreakable,” the follow-up to his […]