Dev Patel‘s fight scenes in new movie The Last Airbender were so realistic he was left covered in bruises after each day of filming. 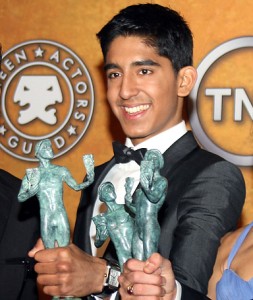 The Slumdog Millionaire star plays a martial arts expert in the action film, and underwent hours of gruelling rehearsals to make the fighting as lifelike as possible.

The shoot left Patel nursing several injuries, but he is adamant the stuntmen suffered even more – because he kept accidentally punching them in the face.

He tells Britain’s Mail on Sunday, “We did this whole sequence of 30 fight moves in one take. I had this flurry of fists coming at me. It was like being in The Matrix, an incredible adrenaline rush. There were broken bones and bleeding noses every day.

“I caused a few minor injuries when I’d miss my cue and one of the stunt guys would run into my fist or something. There’d be days when I was covered in bruises… Luckily, I avoided any kicks to the groin. I try to avoid those if possible!” »

The official trailer for the first film in the Night Chronicles series, Devil, has just launched online via Apple. […]

M. Night Shyamalan was in Harrisburg, PA Monday night to help give an annual report to local legislators on the tax credit given to those who shoot a film in Pennsylvania. While at it, Night […]