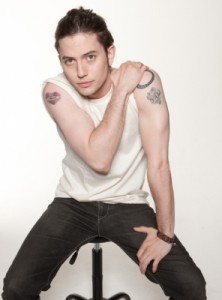 “The Last Airbender” received an icy reception from critics — a reaction that star Jackson Rathbone says is undeserved.

“The critics in the U.S. … I just don’t think they really like M. Night Shyamalan anymore,” Rathbone told MTV News while on the blue carpet for the 2010 Teen Choice Awards. “I don’t know why. It’s sad because he’s such an amazing director and an amazing person.”

The film, written and directed by Shyamalan, is a live-action remake of the popular Nickelodeon animated TV series “Avatar: The Last Airbender” and the first installment in a proposed trilogy. It received mixed reviews from critics, many who said the film emphasized style over substance. Nonetheless, Rathbone stands by the film’s box-office performance, adding that Shyamalan’s popularity is stronger than ever in foreign markets.

“It was interesting, the reception with ‘The Last Airbender,’ because they did extremely well with the U.S. domestic box office and even better than expected overseas,” he said. “Overseas, internationally, they still love him and think his work is genius.”

In the end, Rathbone believes it’s just a matter of taste. “It’s just one of those things,” he said. “Art is subjective.”

Shyamalan’s mettle will next be tested with September’s stuck-in-an-elevator horror-thriller “Devil,” a story he conceptualized, while Rathbone will begin work on the two-part “Breaking Dawn” film this fall.

Phillyist.com recently posted a couple photos (taken by fan Amy Sawhill) of the 30th Street Station shoot for The Happening. Catch Night and Mark Wahlberg hanging around the set, and a glimpse of the possible logo for […]

On Tuesday Jan 16, M. Night went out to the town with a new original script, or spec entitled GREEN PLANET. So far, Universal, Paramount, Warner Brothers and Sony have all passed. 🙁