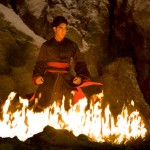 “Slumdog Millionaire” star Dev Patel has joined the cast of M. Night Shyamalan’s “The Last Airbender,” the Paramount Pictures and Nickelodeon Films live-actioner based on a Nick TV series.

Dev Patel will is set to play Zuko, a member of the Fire Nation. Jessica Jade Andres has been cast as the Earth Kingdom’s representative, Suki.

Jesse McCartney was knocked out of the role of Zuko by scheduling, much to the relief of Avatar fans everywhere.  Jackson Rathbone, who is playing Sokka,  managed to work around a conflict with “New Moon,” the sequel to Twilight. 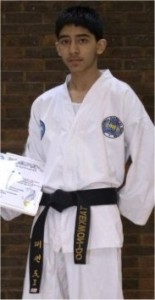 In casting Patel and Ringer, a director accustomed to delivering plot twists to audiences got some surprises of his own. Ringer is a complete unknown who was tapped for the title role off an Internet audition. Patel, meanwhile, steps into a role that Jesse McCartney had all but locked up until the actor’s second career as a musician got in the way.

“Jesse had tour dates that conflicted with a boot camp I always hold on my films, and where the actors here have to train for martial arts,” Shyamalan said.

Patel was “already one of the guys I was interested in. Then I saw ‘Slumdog Millionaire,’ and the kid just grew in my eyes,” he said.

Tyro thesp Ringer will play Aang, the film’s lead, who is the last of a race of people who can manipulate the elements of air.

Ringer, a 12-year-old from Texas, landed the part after demonstrating his martial arts skills in an Internet vid that he posted to a website Shyamalan set up for open virtual auditions.

Also of note: Patel is a Black Belt in Tae Kwon Do!

More Cast on Lady in the Water

Valerie sent us word of more cast: I found another name to add to the cast of Lady in the Water, not sure why this is the only site that lists her name without listing […]

Philadelphia’s CBS3 reports on the casting call that happened this weekend in the city. The casting director for the film, Dee Dee Rickets, talks about casting for extras in Philadelphia. Hundreds of Hollywood hopefuls lined […]