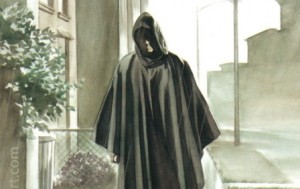 In an interview on the Huffington Post, they spoke very briefly about it:

There’s been talk of an “Unbreakable” sequel for a long time.
Yeah.

Samuel L. Jackson seems to want to do it. I saw you two talking on Twitter.
It’s a harder one for me because — it’s getting closer, by the way.

I feel like I’ve heard that for the past 10 years. I want that to be true.
I want it to happen, too. […]  So, slowly I’m getting a story in my head that I feel like is able to tell what I’m feeling right now.

For people who like that movie, it sounds encouraging.
Yeah, it is! The story of a guy who kind of wakes up with a little gray feeling in the morning, I love that character. It’s something that I feel and I want to talk more about that character.

And of course “Live Free” proves he has nothing against sequels. In fact, he said he wouldn’t mind working with M. Night Shyamalan again for a sequel to “Unbreakable.” “I do some on-line chats on […]

UNBREAKABLE is my favorite M Night Shyamalan film. UNBREAKABLE is a comfort film…a movie that I love so much that when I watch it – I turn my computer off… I don’t answer the phone […]