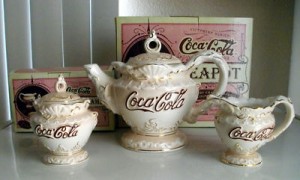 The marketing efforts for all of Night’s films have been interesting.  He used to control most aspects of the publicity, and the audience had a good idea of what they were going to see.

Here’s now Night described it in an interview with a French website.  I’ve translated it with Google, and corrected the grammar, so it’s not a direct quote from M. Night:

The problem of mainstream cinema is that the works are labeled, divided into categories that do not always correspond to what they really are. A film may be composed of 70% of a certain thing, if the remaining 30% are more sellers, the promotional campaign will build on this. I prepare the tea, but it is sold as Coca-Cola. Viewers are confused: they expected Coca-Cola and were served tea! Obviously, they think this is the worst Coca-Cola they have ever drank! The context and the expectations created by the marketing often hurt me. But what is encouraging is to see the reactions of people who find the film a few years later, without prejudice. It’s almost a game with my family, we love to observe the evolution of criticism: “I did not like it. It was no good. It was not bad. That’s pretty good. This is great! It’s a classic.” (Laughter)

This is pretty much what I’ve witnessed time and again with most of Night’s films.  I get e-mails from fans practically every day that reference films of his that were widely panned, asking about sequels, saying that it’s their favorite movie, etc.  The e-mails that I get for this site have people requesting sequels to Unbreakable and (more often than that) The Last Airbender.

With After Earth, it was sold as something of an action adventure movie.  It turned out to be a movie about an strained relationship between a distant father and a son who is on his way toward adulthood.  Sure, the theme of fear was very present in the film, but it’s very clear from those of us that saw it that the actual theme is the father-son dynamic.  Every part of the movie is actually about that story.

Unfortunately, film marketers are still marketers, and their goal is to get as many people into the theater as they can, regardless of whom they are getting into those seats.  The smart marketers have learned from that mistake, and make trailers that are directed at the audience that would enjoy the film being advertised.  That’s the audience that is actually worth advertising to, because they’re the ones that will be most likely to enjoy the movie that was marketed to them, and good word of mouth will result.  This is most important in the modern connected era, when people don’t think for themselves and believe that Rotten Tomatoes or Meta Critic are infallible gold standards.

Night does, in fact, prepare tea… marketing packages it like Coke.

Radaronline.com has a short photo gallery that provides a good look at M. Night’s $8 million home in Philadelphia. The 22-room mansion has two office spaces, a fitness room, a heated pool, spa, and a […]

Shyamalan Will Be A Keynote Speaker at the 3D Summit