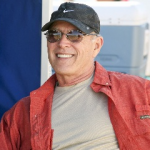 The Last Airbender’s producer Frank Marshall has posted on his twitter again, agreeing with what I’ve been saying all along.  While there are the three primary characters from Book 1 that are considered by many to be the heroes of the story… they are not the only ones.  Not by a long shot.  They didn’t claim the victory alone… they weren’t the only heroes to fight in the epic battles.  Toph still has yet to join the cast for part 2, and there are the others that are fighting along side them.

Calling Aang, Katara and Sokka the only heroes of the story is like saying Frodo and Sam claimed victory for Middle-earth alone.

There are more than 3 heroes. The casting on this movie is finished, so let’s all take a deep breath and wait to see it.

HOLY CRAP!  The full trailer will be on Entertainment Tonight on Monday! Thanks to Last Airbender Fans for the link!

“I wrote the first [movie], which I’m just finishing and polishing up – that’s what I was doing this morning,” grinned M. Night Shyamalan this week when we caught up with him to talk about […]