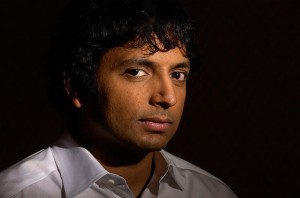 M. Night Shyamalan, prior to his new book, I Got Schooled, had a book published in 2006 with the title Lady in the Water on its hardcover printed; an idea which was based on the bedtime story he used to tell his children. He’s been writing, producing and directing films as we all know, but the filmmaker with his new book, which was recently published and now being sold wherever books are sold, turns to education reform. Written more like a letter, in its plot, it remains linear except the amount of voyages that he so often had to deal with for four years by visiting schools around the country and taking notes to discuss in his book with us how to close America’s Education Gap.

Shyamalan’s book focusing on an important issue is heavy to pick and detailed to read and like a riddle in a puzzling way to solve. I say this, as many are not even cognizant of what America’s education system is going through.  Amazing, the term itself, turned out to grow on the tip of my tongue as I arrived at the conclusions of each key that he has consecrated his heart and time for. I Got Schooled: The Unlikely Story of How a Moonlighting Movie Maker Learned the Five Keys to Closing America’s Education Gap – with a sense of optimism is written by Shyamalan that eschews to advice, but each page provides a shining spotlight on the subject of education, deeply.

Daringly, written word for word, the point of view of his remains audacious with his research, sitting with experts to weave the five essential keys to close what’s been causing the problem. His intelligence and sincerity with each phrase that he has penned shines, often like a sharp blade, as he injects into the mind of the reader that America’s education gap can be solved. Smaller schools, smaller classrooms, longer hours, better teachers and data-driven instruction are written with the intention in the center for them myths to be noticed and understood; the conversational pages, often covering anecdotes of Shyamalan during his meetings with education experts, of course, with appealing humor, to engage the mind. I Got Schooled, its subject, is terrifying, like a film in horror genre as when one puts his/her mind on its pages, it can be sharply realized that the century we’re living in is a contemporary one  –  a thought in mind grows that in a time like this, education, its system, must not be harmed.

The five important keys deliver a chilling message, as a note, with care and intelligence, to others to form perhaps a movement to achieve America’s education gap. I Got Schooled, respectively in its subject, is one of the most daring books written by one of Hollywood’s most successful directors.

A contest to win this book is coming soon. Watch this space for updates.

Shyamalan and team get the ball rolling on “Devil”

This nice guy, Jeff Allard of shocktillyoudrop has listed his top 5 horror movies of 2010 and also his worst ones. You are welcome to check out his whole list of top and the worst, but […]