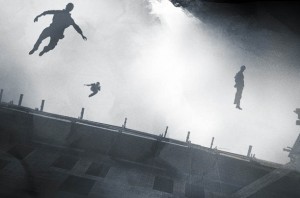 When The Happening was released in 2008, some folks instantly began to pen their scathing reviews. Now, don’t get me wrong, The Happening, besides being actually one of my favorite films of Shyamalan, comes with some obvious flaws. I admit. I think some of the rushed out scenes are to blame and also the pacing at times. But, I have seen this film over and over. And, to be honest, after each viewing I find something fresh to think about and this is the case with all Shyamalan films, which is one of the reasons I adore his work. His films, the plot in its entirety, at all times comes with point of views that I find always entertaining and engaging for the mind if one decides to look at them a little more closely.

Now, I don’t hide my feelings towards those who easily begin bashing the film-maker and his work. I have penned in the past by taking on the critics of the film-maker here. And, this piece marks the second article I have penned about The Happening. To understand the film, by ignoring its awkward acting and dialogues that are shot on purpose by Shyamalan, one can actually find something very valuable. Considering the atmosphere of the world that Shyamalan has created, please try to understand, where Shyamalan as a master of suspense is coming from. Please note, if you are a hater, I know that’s a cheap term to throw, but it is what it is, then please do not read rest of the article.

I have read all kinds of comments and reviews regarding the film. Google search is under the fingertips. Begin with Roger Ebert’s review of the film, in which he claims,  “Too uneventful for you? Not enough action? For me, Shyamalan’s approach is more effective than smash-and-grab plot-mongering. His use of the landscape is disturbingly effective.” And, film critic Richard Roeper said, “Like a lot of Shyamalan’s work, “The Happening” is reminiscent of an extended episode of the classic “Twilight Zone” series. It’s often more about how people react to a threat they don’t understand, than the threat itself. Once the explanation for “The Happening” is unveiled, or at least sort of unveiled, it’ll probably frustrate some viewers.”

Ebert and Roeper’s, and the rest of the reviews penned by the critics, among them one can find more positive reviews of the film that will guide one to the right direction. Perhaps, this is to understand that a good film should not be claimed as a bad film. –  I am not forcing anyone to only read the reviews of the films as the infra-narrative of The Happening offers a lot more. Yes, even the darker side of the nature, as the film’s very surface explains less. The most important questions are: (1) Who are they running from? (2) Why are humans killing themselves? – I remember reading the script of the film, which was then titled ‘The Green Effect’. Some scenes of the film were too graphic in nature, for example, a man crashing his skull against the windshields repeatedly in a traffic light. Some scenes, I am sure later were changed when Shyamalan’s project became part of the Twentieth Century Fox. Though, it is also possible that the version of the script I mentioned was an early draft.

To get to the point here, I have an interesting little piece to share. This, of course, is not something published recently, but in June of 2008 by Scientific American. It is an interview that George Musser, editor of the said magazine conducted with Shyamalan, in which they both discuss the film, science, nature, in-depth.

Here are some excerpts first:

Thoughts on the limits of science

Shyamalan: The thing is, you know, we have only our own invented categories in which we’re suggesting, and so we say okay, this thing that we’re looking at, which of the eight categories or however many number we call that, you know, does it fit in, you know? And the things that don’t quite fit in, we shove into something. We’re inventing those categories. It is very, very limited, I mean, it’s also like, you know, psychologically if you’re looking for something in your data, you’ll see it, you know, so you’re like doing an experiment, you’re looking for reproduction patterns, and then you go, “Oh! There it is, I see it.”

Somebody’s acts of nature. Are they always going to be beyond our capacity to explain?

Shyamalan: It’ll either get thrown into some tenuous explanation or it will be thrown into the pile of the placebo effect. Okay. It’s a fact, but we’ve no idea. We’re just going to pretend about that one. There was another one I was just thinking of as we spoke up. Oh! You know, how animals like that, when the tsunami came, the animals all ran. That was the tsunami; that is sensing it happening. So, what is it that’s in their primitive, we’ll call it primitive, you know, biological makeup that we’ve forgotten?

To read rest of the interview with Shyamalan, jump over here. Then below don’t forget to post your opinions. A lot can be read, learned and discussed.

The Karate Kid, Jaden Smith sat with Entertainment Weekly to talk a little bit about his next big project One Thousand A.E. a science-fiction project that’s being developed for him to star in with the Oscar […]