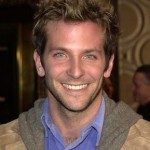 Night’s waiting for word on Airbender 2.  He’s waiting very anxiously to know when he can start scheduling his next thriller.  If you’re a fan of Shyamalan like many of us on this website, you’re as excited as we are at the chance for another original thriller from the mind of M. Night.  It looks like Night’s friend Bradley Cooper may be too busy with The Hangover 2 when the time comes for his thriller to shoot, though.  This is unfortunate, because Cooper’s a decent actor.

He’s waiting anxiously, because he also has one of his famous Shyamalan-ish thrillers in the works – he’s been shopping another hot script around Hollywood, with the usual air of secrecy and showmanship (his personal assistant witnesses each reading, and retrieves the script immediately). Bradley Cooper, Bruce Willis and Gwyneth Paltrow have expressed interest, although Cooper is probably out.

” ‘Hangover 2,’ ” lamented Shyamalan. “I don’t think Bradley can do it because of that.”

Cooper is from Abington, Willis from South Jersey and Paltrow has extended family ties to the area. Is the Chesco-based Shyamalan up to something?

“It does sound like regional theater. But that’s all coincidence. Bradley is a Philly boy, we see each other a lot, and we’ve become friends, and obviously I’ve worked with Bruce a lot. But Gwyneth, she’s just a great actress, that’s why I’d be interested.”

Read the rest at Philly.com

According to the report by Deadline, actor Toby Jones has joined Matt Dillon, Melissa Leo and Carla Gugino to star in Shyamalan’s event series, Wayward Pines for Fox. The series is based on the novel, […]

NPR: M. Night Shyamalan – The Art of the Creepy Movie

On Thursday July 20th (last week) M. Night Shyamalan made an appearance on National Public Radio to discuss his movies, and in particular is latest one “Lady in the Water”. I found the interview to be […]