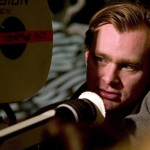 Christopher Nolan, director of Batman Begins, The Prestige, The Dark Knight and the upcoming Inception gave M. Night Shyamalan some advice when they met.  It was very simple, but very helpful to the process.  Makes you wonder how much they spoke.  That meeting of minds would likely make my head explode.

Vulture: [The Last Airbender] is your biggest-ever movie in terms of scope, budget, effects, and just about everything else. How much more work was it than your other films?
M. Night: It’s so much more stress. I didn’t realize quite how much a toll this was all going to take. My normal cycle for movies is eighteen months and each part is separate. But with this movie, everything was overlapped. While I’m writing, we’re doing preproduction — looks, locations, costumes, CGI. And then preproduction, the amount of things that had to be decided made it more like production. And of course the production is insane. What would be a 40-day shoot [on a smaller movie] — and I would be out dead at the end of that — is like 75 days of intensity and you’re just overwhelmed. And then when post starts, you have an incredible time clock of pressure to hand over shots. It’s nonstop and it goes on for three years. I think I really underestimated what I would feel like today.

I met Chris Nolan once, and he knew I was doing this, and he just said, “Pace yourself” and it was a sweet thing for him to give me the advice. I fully understand what he’s talking about. I’m surprised Peter Jackson is alive at this point. I don’t know how he did those three [Lord of the Rings] movies and spent seven years like that.

Big thanks to Rohan for posting this in the forums!

If you’ve been reading about The Last Airbender over the last year, you know what this is about.  Shyamalan has come forward and addressed the entire controversial issue with something very simple, yet very true: […]

Terrence Howard will play the sheriff in Wayward Pines, a mystery drama to be directed by Shyamalan. Howard, an Oscar nominee joins Matt Dillon; Melissa Leo, Carla Gugino and Toby Jones, according to The Hollywood […]