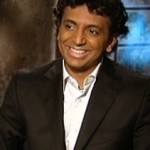 Here’s something I never thought I’d be writing about.  Now, just to get things out of the way, I’ve never seen Twilight apart from a trailer or two, and never read a page from any of the books.  I only know about it because it’s a cultural phenomenon among women aged 13-50.  I just heard something that I thought I would comment on, regarding Shyamalan’s possible connection to the Twilight franchise.

Update (April 7): Is Bill Condon About To Sink Fangs Into ‘Twilight Saga’s’ Two Final Segments? (Whew, we may have just dodged a bullet.)

Thanks to MTV, we are forced to discuss this at all.

“I would’ve loved to be– I love the series, and Catherine [Hardwicke’s] movie, it was one of my favorite movies of that year,” he said. “Really, I thought tonally, it was a perfect movie. I called her up after I saw ‘Twilight’ and was like ‘That was amazing.’ So I’m a big fan.”

Not sure what he was saying “I would’ve loved to be” about, but it leads you to believe they’re talking about him being considered as a potential director for the fourth (and fifth?) Twilight movie, Breaking Dawn.

Having never seen Twilight, I could get a glimpse of the tone from the movie, and can see what Night likes about it.  It’s sort of reminiscent of some of his films, in tone.  Though none of his films features ridiculous love triangles with glittery “vampires” and wolf dog “were-wolves.”

That being said, if he did do Breaking Dawn, he’d being keeping extremely busy. Not only does he have 2 more Last Airbender films to create (here’s hoping for a box office smash for Night, so the second and third are greenlit as soon as possible), but a potential smaller, original film before Airbender 2.  And that doesn’t even include his producer role on the Night Chronicles.  Does he have time for Twilight?  No.  At least I hope not.  The last thing I want to do is report on an entire Twilight film (sorry, Twi-hards).

That would likely be a deal-breaker on this website.  While I haven’t liked everything that Night has done (The Happening, for instance), I could not bring myself to viewing a Night directed adaptation of a Twilight novel.   From what I understand, people feel that Night’s style would be perfect for a Twilight movie.  What do you think?

Devil has officially activated its official site and you can check it out here http://www.devilmovie.net. Devil is a supernatural thriller comes originally from the mind of M.Night Shyamalan and directed by Drew Dowdle and John Erick Dowdle. The […]

If you are interested to make a mark Givology and the M.Night Shyamalan Foundation is hosting “Make your Mark On The World” on Friday, July 29th from 8PM to 12AM at Griffin, a cocktail lounge located in […]

The Pennsylvania Society president James Nevels has announced that filmmaker M. Night Shyamalan is the 2012 recipient of the society’s Gold Medal for Distinguished Achievement. The presentation of the medal will occur at the society’s […]