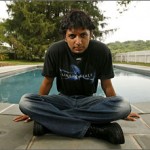 From JoBlo.com: Drinking with co-workers the other night, the topic of movies came up (as it always does) and my buddy Adam started listing what he felt were the best movie twists of all time. It was by no means a long list, but was summed up with his favorite being Edward Norton’s character turn in PRIMAL FEAR and then second favorite being that Bruce Willis was actually dead in THE SIXTH SENSE. I agreed with both choices and it got me thinking about M. Night Shyamalan. Shyamalan is now a household name, but his genius when it comes to films is split down the middle for most people (and in some cases resting more on the negative side). With a slew of films on the horizon, I’m hoping he can turn that around.

Read the rest at JoBlo.com

‘After Earth’ two novel plans, multiple shorts with a single-issue comic and more

July 13, 2012 Rohan After Earth Comments Off on ‘After Earth’ two novel plans, multiple shorts with a single-issue comic and more

We reported few days ago that at the After Earth Comic-Con panel, which is tomorrow (July 14th) at 10: 00 AM screenwriter, Gary Whitta (Book of Eli) will be joining the comic book artist Beni […]

It’s an intriguing premise. A new behind the scenes featurette for DEVIL has been released. The featurette provides a few more clues into who or what the Devil might be, while also discussing the filmmakers’s […]