Dev Patel has defended the use of the term “bender” in The Last Airbender. 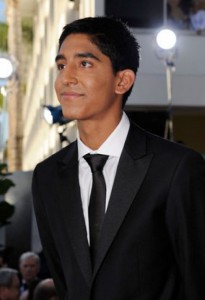 The film, directed by M. Night Shyamalan, is about a boy who can control the four elements – earth, wind, fire and water. In the movie, the boy is referred to as a “bender” and in one scene, his aunt says: “I knew from the first time I discovered that you were a bender that this would be your destiny.”

Patel, who plays a young prince, said of the term: “When I came onto the movie, I was like, ‘Really’? Benders?'”

Asked why he did not inform the director of the British slang connotation of the word, he told The Times: “It was too integral to the movie. We couldn’t call them fire or air manipulators. It would have been moving too far from the source material.”

The Last Airbender hits the theatres on August 13 in UK.

June 23, 2012 Rohan After Earth Comments Off on James Newton Howard to compose ‘After Earth’ score

Ever since the announcement by Sony Pictures that Mr. Shyamalan’s next film After Earth is with Will Smith and his son Jaden smith, we kept including the term ‘wish’ in our sentences in regards to seeing […]

Paramount has been spending all morning revising newcomer The Last Airbender’s grosses upwards because of its better-than-expectedperformances at the domestic box office. M Night Shyamalan’s 3D epic opened to $16M Thursday from 3,169 theaters, including the […]

M. Night Shyamalan to make a cameo in HBO’s Entourage

Wags from the forums tipped us off to a news story from TVFodder.com about M. Night Shyamalan making an appearance in this season of HBO’s hit series Entourage. The show, which is loosely based off […]