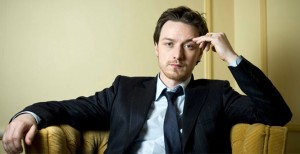 Joaquin Phoenix is out, but James McAvoy is in. It still is a good news, although, having Phoenix in a Shyamalan film once again would be a treat for us all. McAvoy is a good actor and working under Shyamalan’s hands, I’m sure we’ll get to see a side of his we have not yet seen.

As reported earlier, Phoenix was in talks to sign the dotted line to work with Shyamalan for the third time. Previously the two worked on Signs and The Village. But, unfortunately the deal could not be made for him to join the Shyamalan camp this time. This could be due to the paycheck, which possibly consisted of numbers less enticing to the actor considering the budget of the project, which is $5 million. Shyamalan, for now, is going to mainly focus on small budget thrillers, financed from his bank account rather than having the studio money, but not complete artistic freedom to finish the work.

What his new project is about, for now it’s locked in a secret box that only Shyamalan has access to. But it’s not like the man is not sharing updates with his fans. He’s been for the past two months busy story boarding the script as he’s ready to roll the cameras early next month. According to the reports, though, this one will likely include elements of the supernatural.

After the success of The Visit the Blum House is going to be on board again to help Shyamalan produce the film along with Marc Bienstock this time. Executive producers are going to be Ashwin Rajan and Steven Scheider. As of yet the project is untitled, but we know that it’s going to be set in Philadelphia, Shyamalan’s hometown.

This news was first reported by Hollywood Reporter.

‘Signs’ to be screened at Philadelphia Film Festival

This sapid news, thanks to Philadelphia Film Festival for giving us a quick heads up at our Facebook page, made the month of October even better and something to look forward to besides all the […]

It’s all ‘happening’ at an area farm

“Base camp” at the set of the next M. Night Shyamalan movie, “The Happening,” may be as inglorious as it gets. Rows of white vans, RVs, trailers and portable toilets line the perimeter of a […]

New MPAA Ratings for ‘The Visit’

January 24, 2015 Rohan The Visit Comments Off on New MPAA Ratings for ‘The Visit’

The micro-budget film, written and directed by Shyamalan himself, independently, now MPAA has rated it PG-13 for “disturbing thematic material including terror, violence and some nudity, and for brief language.” Acquired by Universal Pictures, The […]