Here’s the Press Release for James Newton Howard’s Lady in the Water Score.  It is now available in stores everywhere, and online.  We’ll have a review of the score sometime next week!

From writer/director M. Night Shyamalan (The Village, Signs, Unbreakable, The Sixth Sense) comes the Warner Bros. Pictures July 21st release Lady In The Water, a story originally conceived by Shyamalan for his children. The film features original music composed by Academy Award® nominee James Newton Howard as well as some popular Bob Dylan tracks performed by A Whisper In The Noise, Amanda Ghost and Silvertide.  The Decca soundtrack will be released on July 18th.

Known for his rich orchestral scores laced with lush sounds, Howard’s compelling score for Lady In The Water compliments Shyamalan’s eerie tale. Tracks such as “Ripples In The Pool” and “The Healing” take the listener to a serine place of solitude while “Walkie Talkie” and “The Great Eatlon” bring out feelings of suspense and urgency the film so powerfully conveys. The soundtrack emphasizes a full orchestral approach, featuring members of the world-famous Los Angeles Master Chorale who have worked with him previously on Waterworld, The Devil’s Advocate and Snow Falling on Cedars among others.

Bob Dylan’s music is featured throughout the film, although it has more of an underlying presence.  Silvertide (appearing courtesy of J Records) belt out their take on the popular track “It Ain’t Me Babe” and appear in a cameo performance singing “Maggie’s Farm.”  England native singer-songwriter Amanda Ghost delivers a beautiful rendition of “Every Grain of Sand” and Minnesota indie rock band A Whisper in the Noise beautifully remake “Times They Are A’Changin’” by incorporating strings, piano, lush-toned electronics, and atmospheric singing.

Lady In the Water marks James Newton Howard’s 5th M. Night Shyamalan film with past collaborations including Unbreakable, Signs, The Sixth Sense and The Village which garnered him an Academy Award® nomination. Howard took up film scoring in 1985 and hasn’t stopped since making him a leading figure in Hollywood’s new film composing generation. His work has been acknowledged by multiple Oscar®, Emmy®, Golden Globe® and Grammy® nominations, as well as an Emmy® win in 2001 for “Outstanding Main Title Theme Music” for the television show Gideon’s Crossing.  Adding to his already rich catalogue, he most recently composed the robust score for the blockbuster King Kong.

Lady in the Water  tells the story of Cleveland Heep (Paul Giamatti), a modest apartment manager who finds his life changed when he discovers a beautiful nymph from an epic bedtime story (Bryce Dallas Howard) hiding in the passageways beneath the building’s swimming pool-stalked by deadly creatures bent on destroying her mission and keeping her trapped between her world and ours.  Her mysterious plight inspires Cleveland and his fellow tenants to rise above their own fears and use the special powers she brings out in each of them to help her fulfill her destiny and brave the perilous journey home. 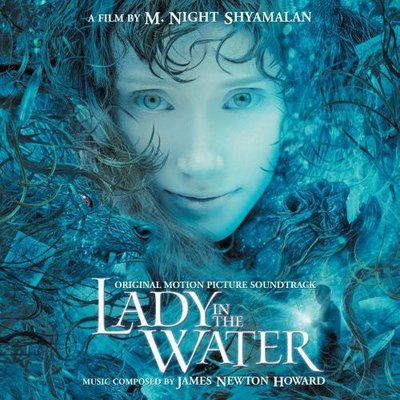 Who is Shobba De? – In the 1980s, Shobba contributed to the Sunday magazine section of the Times of India, she used to explore the socialite life in Mumbai lifestyles of the celebrities. At present, […]

MovieWeb Interviews Bryce Dallas Howard on Lady in the Water

Bryce Dallas Howard re-teams with M. Night Shyamalan in the dark fairy tale, Lady in the Water. Shyamalan made her a star in The Village and thought she would be perfect for this role. Bryce […]