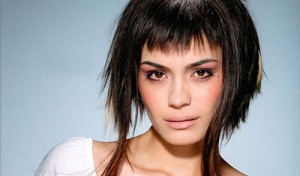 The cast for “Wayward Pines,” M. Night Shyamalan’s limited series for Fox, is coming together quickly now, with filming set to start soon.

Shannyn Sossamon has signed on, according to a network representative who told TheWrap.

She’s described as an intelligent, independent and charismatic person. While her relationship to Ethan has been strong, his flaws are beginning to test her patience.

Sossamon is best known for her big screen roles in “A Knight’s Tale,” “40 Days and 40 Nights,” and “Rules of Attraction.” She just finished shooting on “The Jesuit” from writer Paul Schrader and director Alfonso Pineda Ulloa.

See the Wayward Pines Pilot Episode at San Diego Comic-Con (and get autographs!)

If you managed to get tickets to the San Diego Comic-Con, here’s your chance to get an early look at the upcoming Fox TV series, Wayward Pines. You may also get a chance to pick up […]

The town of ‘Wayward Pines’

Shyamalan, I thought was secretly shooting Wayward Pines in British Columbia, but it looks like I was kind of wrong. Here, I have some images from the set posted below. What you see is Wayward […]