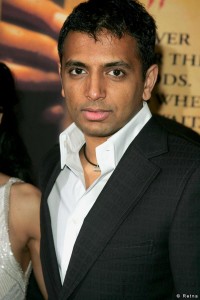 Pictures Technologies, will be joining Jeffrey Katzenberg, CEO of DreamWorks Animation SKG, as Keynote Speakers at the 3rd annual 3D Entertainment Summit presented in association with Variety. The two-day conference is scheduled for September 15-16, 2010 at the Hilton

“Using new creative techniques to tell stories with fierce and brilliant intelligence has been the hallmark of M. Night Shyamalan’s remarkable career,” said Dowling, “and we look forward to his insights into the immersive narrative possibilities of 3D as one of our Keynote Speakers.” M. Night Shyamalan wrote and directed the 1999 breakout hit Sixth Sense, which was nominated for six Academy Awards, including Best Picture, Best Director and Best Screenplay; other notable films include Unbreakable (2001), Signs (2002), The Happening (2008) and the current box office hit, The Last Airbender.

“As President of Sony Pictures Technologies, Chris Cookson’s mandate is to oversee the use of hardware and software in the service of content creation and creators across Sony’s vast entertainment space,” Dowling said. “Few executives can speak more authoritatively than Chris about the critical importance of company-wide integration of technology and creativity to maximize audience response to 3D in all its platforms.”

You may not know her name, but 15-year-old actress Nicola Peltz – who stars in the upcoming M. Night Shyamalan fantasy The Last Airbender in the role of Katara – could be changing that very […]

There is a project that Will Smith has been working on for a while now about Hurricane Katrina. A drama called THE AMERICAN CAN which tells the story of an ex-marine John Keller and his fight […]