The official trailer for the first film in the Night Chronicles series, Devil, has just launched online via Apple. A poster for the film was also released with the trailer. It confirms the new release date of September 17th.

Devil was written by Brain Nelson, based off a story by M. Night Shyamalan, and is being produced and directed by the Dowdle Brothers. You can learn more about the film at the new official website: TheNightChronicles.com/Devil.

And here is the official poster: 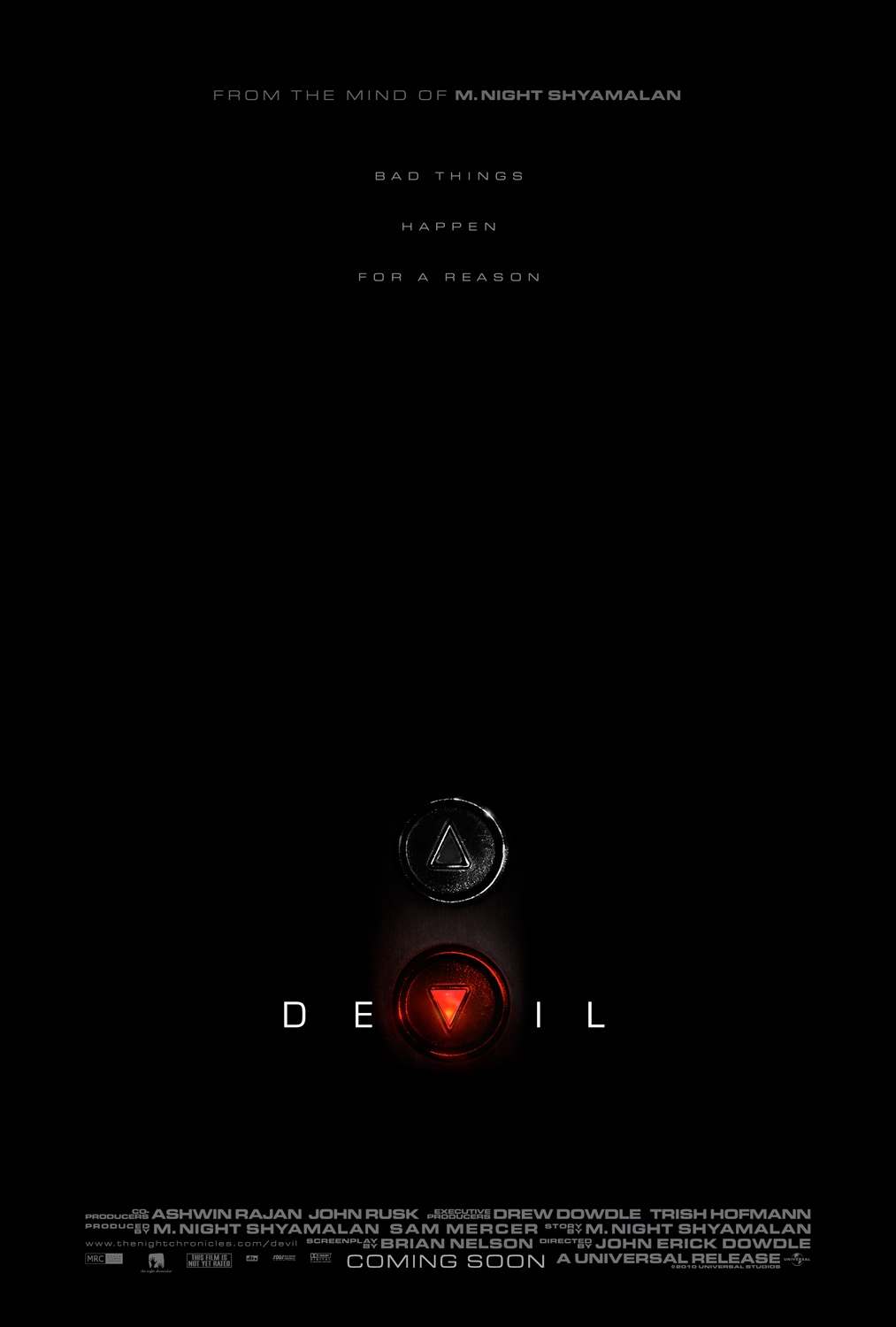 The ‘Devil’ bit me

The latest to be unleashed by the mind of M.Night Shyamalan is the thriller DEVIL, someone or something who is playing with five strangers in a elevator. DEVIL will hit the theatres this September, 17th.  […]

Starlog, a well-regarded Science Fiction magazine, has quotes from Noah Ringer, Dev Patel, director M. Night Shyamalan and producer Frank Marshall regarding The Last Airbender trilogy.  They speak about the first film in the trilogy […]

Happy Presidents Day Everyone! – It’s a beautiful sunny Monday morning in our city and  I took my hot cup of tea in my room and went online to check what’s really going on in […]