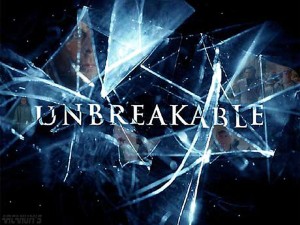 It’s long been known that Night had a potential trilogy of films in mind for Unbreakable. The first film was a very subtle origin story. A TV series could pick up where that left off, or potentially be a longer form of the same story.

My hopes for a TV series would be a continuation that picked up where the film left off (or perhaps a few years later). I can see a lot of potential for a mini-series or two.

Shyamalan had this to say:

“Could you do a six-episode Unbreakable series on Netflix or HBO? Yeah! That’s cool. I even had an idea of doing a story that goes in one form, and a second part that’s in another form, and a third one’s in a different form. You never do the same form. It would be like, movie, then, let’s say, cable, to TV, whatever, and then a play; it goes straight online, and it finishes like that. It’s in four different forms, and it never goes back to the old one. It could be kind of cool.”

Now, the first part of this was just a brief mention of Unbreakable.

The second part is an idea that’s kind of neat, and pretty risky. When people watch sequels, they want more of the same, with new packaging or a new story. Changing the medium for each sequel could be a fascinating challenge.

Not sure the difference between a feature film and a cable TV movie and a network TV movie, but definitely feel a stage play would be a very interesting way to bring something to an end. I also feel like this kind of thing would work well using different genres. Start it as a western, then do a science fiction film for the sequel, and then a fantasy film, and follow it up with an animated film where the cast provides voices.

I have two questions for you:

Would you watch an Unbreakable TV series?

What do you think of Night’s idea for a multi-platform series?

Seems like Bruce Willis is one busy dude this year at Comic-Con. He had the chance to stop by The Expendables panel and talked with MTV about his future projects, namely Die Hard 5 and […]

M. Night Shyamalan Still Considering Unbreakable 2. Will It Ever Happen?

Jon (spikeshinizle on the boards) wrote to us, informing us of an amazing new article detailing what might have been, or could be some day: Unbreakable 2.