The first teaser poster for After Earth, and yes, the official one has debuted, which defines to us the dark tone and ominous environment of the story; featuring a futuristic spaceship that has crashed landed on a beautiful, yet perilous landscape.  Following the impressive international trailer and then a stylish new official site, Columbia Pictures today revealed this dark looking poster.  The film  is directed by M.Night Shyamalan, starring Will Smith and Jaden Smith as Cypher and Kitai Raige, a father and son who find themselves on earth, which is no longer the planet we live on today.

I venerate all the teaser posters from Mr. Shyamalan’s films and like the rest of them this one falls in that category; I find it quite poetic and it rhymes with the style of the film-maker. Dark and sinister, especially its tagline: “1000 Years Ago We Left For A Reason”  –  We no longer rule the planet, reminding us that perhaps, mankind has lost the right to breathe on earth. Everything has turned against them.  Check out the poster below and let us know what are your opinions by leaving comments. 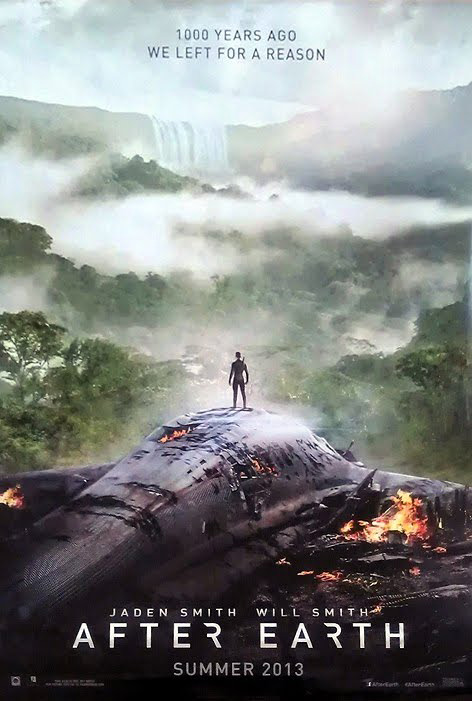 UTV Motion Pictures will be co-producing M Night Shyamalan’s next Sci-Fi thriller titled The Happening along with 20th Century Fox.

The SciFi channel will air an exclusive clip from “Lady in the Water” with commentary by M. Night Shyamalan on July 20th 2006. The clip will air during the channels presentation of “Dragon Fly” which […]