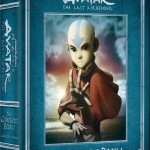 With The Last Airbender being released on July 2, Nickelodeon and Paramount Home Entertainment are bringing out a new limited edition DVD set titled Avatar: The Last Airbender – The Complete Book 1: Collector’s Edition.  It is a new 7-disc set running 495 minutes of cartoon adventure, presented in full screen video.  It will be available on June 22nd, on what appears to be DVD alone.

Here’s the official description of the set: Relive from the beginning the epic saga of Avatar: The Last Airbender, the animated series that quickly became a phenomenon, creating a huge fan base that spans the globe! This newly designed limited edition 7-disc collector’s edition includes the entire Book 1: Water compilation, packed with special features, an exclusive behind-the scenes documentary and a beautifully illustrated paperback book that provides a unique, insider’s view of the amazing designs, storyboards, paintings and animation.

The previous collection was a six disc set.

But I wonder, why not a Blu-ray edition of this set?  What I would love to see is an edition that has seamless season viewing.  That way, you could easily skip the opening and end credits and it would just go from episode to episode without the breaks, if you choose that option.  There are TV shows that do this on Blu-ray, including Lost.  Since I already own the whole series on DVD, getting it again on DVD just for one more disc doesn’t sound too enticing.

Hopefully there is work being done on a future Blu-ray edition.  It’s rather annoying to press the skip button, and have the next episode start on the DVD. Perhaps they’ll wait for the fall release of The Last Airbender on DVD and Blu-ray, and release it side by side.

I can only hope, until a full press release is available. 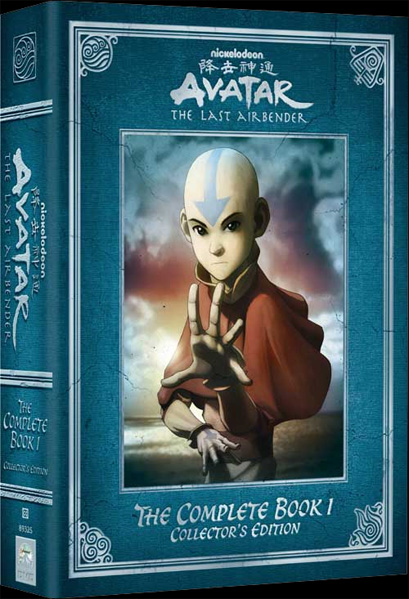 The Last Airbender DVD/Blu-ray to include cut scenes, but no Kyoshi Warriors

Looks like our hopes of seeing the Kyoshi Warriors put into the movie have just been dashed.  As well as hope for a “director’s cut.”  However, we weren’t asking for a director’s cut, were we?  […]

In detail, they are looking for individuals of Cambodian, Mongolian,Chinese, Korean and Thai Descent … MARTIAL ARTS EXPERIENCE IS A PLUS!!! Anyone cast in New York will be traveled to Philadelphia, given housing and per […]

M. Night Shyamalan was in Harrisburg, PA Monday night to help give an annual report to local legislators on the tax credit given to those who shoot a film in Pennsylvania. While at it, Night […]