Say whatever you want to say or rant about M.Night Shyamalan, but it seems like Jackson Rathbone is standing shoulder to shoulder with 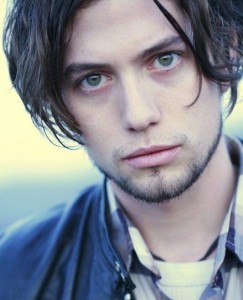 M.Night Shyamalan from the beginning and defending the director.  Jackson recently had the chance to sit with Digitalspy.com and do some talking.

Jackson Rathbone has said that there is more to M. Night Shyamalan’s work than plot turns and gimmicks. Rathbone also told Digital Spy that his Last Airbender director, whose early films The Sixth Sense and Unbreakable featured twist endings, was “amazing” to work with.
“People say he does twists in all his movies but where really was the twist in Signs?” he said. “It’s kind of hard to say that there’s a gimmick to his work, it’s not that, he tells a story so compelling that you’re on the edge of your seat all the way through the film.”

On Shyamalan’s approach to The Last Airbender, which is based on the popular Nickelodeon children’s TV show, Rathbone said: “What he was able to put into the live-action adaptation was a condensed version of the animated series. It was fun, it was amazing to get to work with a director of Night’s calibre, someone we’ve respected and admired for years now. We’re waiting for his next film to get out and see what he was going to do next.”

Do you agree or disagree with Jackson Rathbone?

Fox Prepares ‘The Happening’ For Blu-ray

The Happening, M. Night Shyamalan’s latest opus, has been scheduled for release this October. Fox has set an October 7 Blu-ray release date for the Mark Wahlberg-starrer (day-and-date with the standard DVD). Tech specs are […]

Reed sent word that ComingSoon.net has released two new banners for The Last Airbender.  Man… these are AWESOME.  That is all, enjoy!