The Las Vegas Licensing Expo is coming up next week, and Sony Pictures has started releasing some of the materials that they’ll be bringing along.  This has brought us our first look at art from M. Night Shyamalan’s next film, After Earth.

While it is very small, it gives us a good look at the logo for the film, as well as the atmosphere.

There is also a synopsis, which sets up the film, but if you’re hoping to stay entirely spoiler free, you may want to avoid it.  It seems, though, that the synopsis only reveals the set up for the movie, and you’d likely be aware of it in the first five or ten minutes of the movie.

Set 1000 years in the future, a boy navigates an abandoned Earth to save himself and his estranged father after their ship crashes. 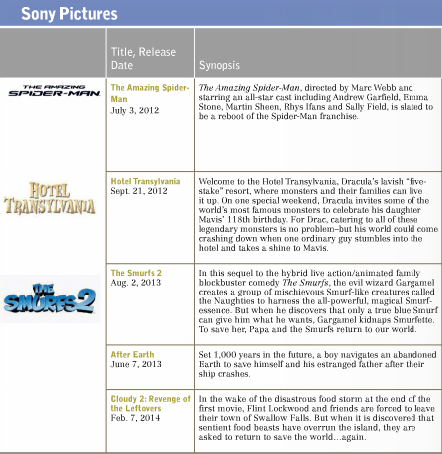 March 6, 2013 Rohan After Earth Comments Off on New ‘After Earth’ poster revealed

Here is the new poster design for After Earth, ahead of its second trailer, which is scheduled to be premiered tomorrow.  Thanks to the folks from Comingsoon for picking it up; After Earth, directed by […]

Some photos from the sets of Shyamalan’s After Earth

Here come some fresh images from the sets of Shyamalan’s sci-fi movie After Earth starring Will Smith and his son Jaden Smith. The production is currently underway in Costa Rica. Via Twitter Mr. Shyamalan yesterday […]

Shyamalan’s Will Smith starrer gets a release date

Since Mr. M.Night Shyamalan loves to keep all things locked in secret when it comes to his new projects we have not been able to post anything fresh on the site lately regarding his next project […]