Shooting is underway for the sci-fi/adventure project After Earth, starring father/son pairing Will Smith and Jaden Smith, directed by M. Night Shyamalan.

The cast and crew are currently in Costa Rica, and have been sharing photos from the set over the last week. This one shows the young Jaden in costume.  He seems to also look like he’s growing up pretty quickly.  He’s looking more like his father all the time.  See the full costume after the break. 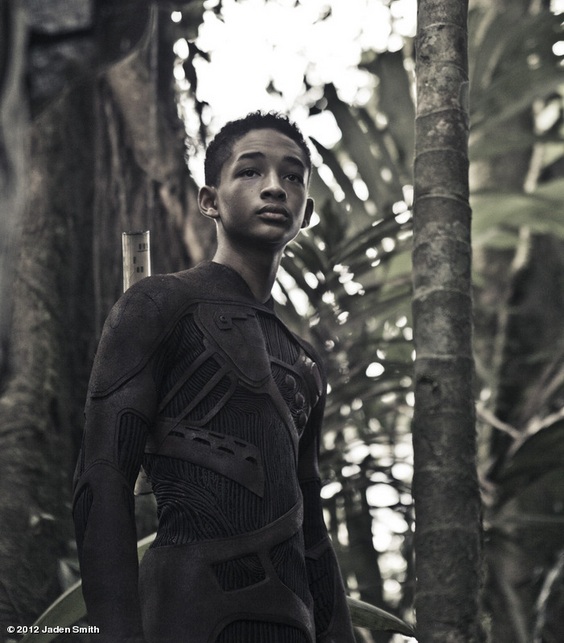 If you want to know the plot of the movie: it centers on a father and son who crashland on an earth that has become uninhabitable, and the son, considered a failure as a warrior, is put in a position in which he has to save his father, who has already proven his worth as a hero.

Stephen Gaghan (Traffic, Syriana) was recently brought on to polish up Shaymalan’s script, and Colombia Pictures is planning a June 7, 2013 release.

March 6, 2013 Rohan After Earth Comments Off on New ‘After Earth’ poster revealed

Here is the new poster design for After Earth, ahead of its second trailer, which is scheduled to be premiered tomorrow.  Thanks to the folks from Comingsoon for picking it up; After Earth, directed by […]