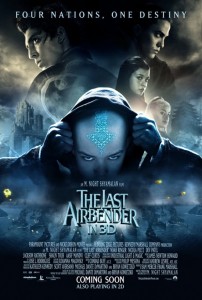 That is the tagline that tops the final posters for M. Night Shyamalan’s upcoming film The Last Airbender.  This film is intended to be the first of a trilogy that has the potential to be a sort of Lord of the Rings for martial arts.  Not only that, but it also shares the same Director of Photography as The Lord of the Rings in Andrew Lesnie.  Both of the posters are epic in nature, one displaying the battle between Fire and Air, in this poster for the UK.  It appears that the fire is feeding on the air, as it does, and which adds to the peril that Aang is in, for the fight with Zuko.  The other is the US poster, which features everyones favorite pet peeve: floating heads.  Though for something that is as epic and character driven, it’s a great way to show the grand scope of the film, and it has a bit of the feel of the original poster for The Fellowship of the Ring, while being unique to its’ own franchise.

See the LOTR and TLA posters side by side after the break. 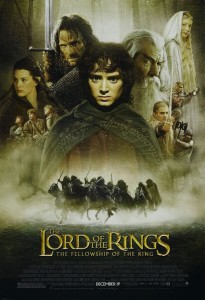 In what is the largest midnight opening of this year’s summer movie season, for a non-sequel, The Last Airbender pulled down $3 Million of the expected $50-60 million total for the 5-day Fourth of July […]

ComingSoon.net has given us a first look for the teaser poster for The Happening. Check it out: Click here to enlarge (thanks to Gabriel and werebearxxx for keeping us on our toes)